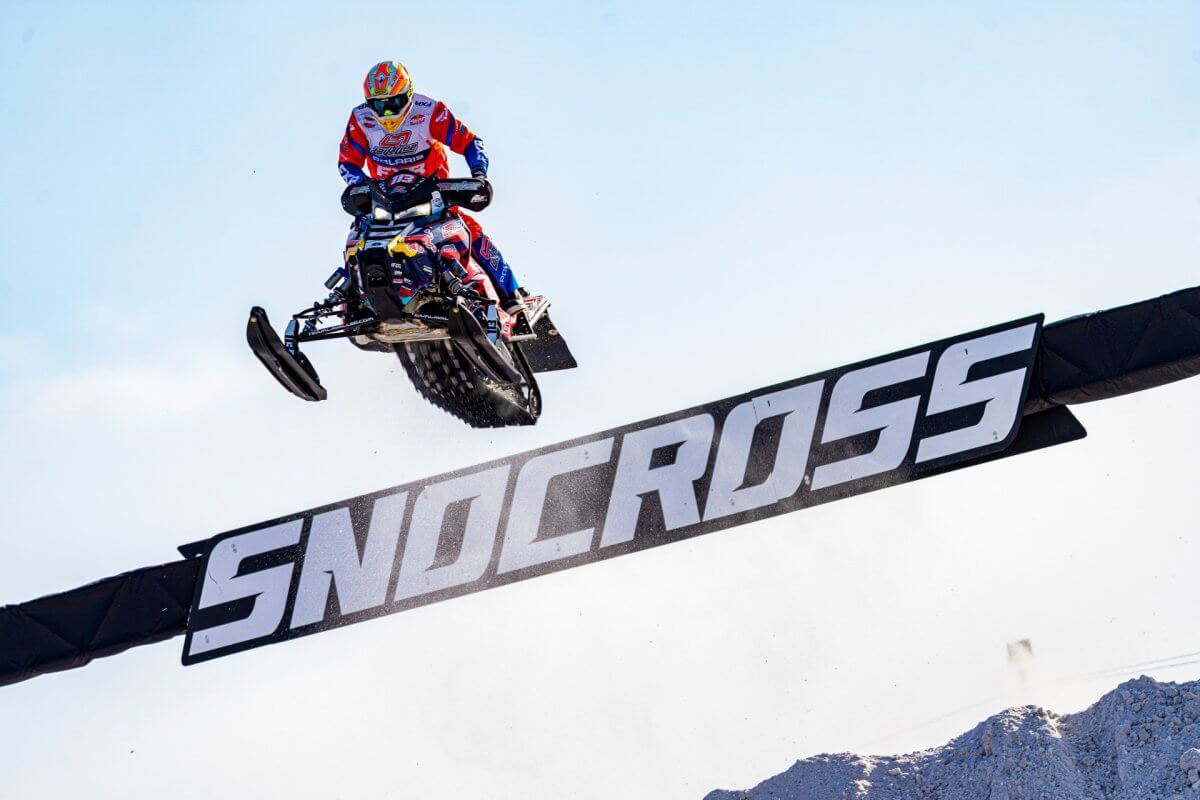 The 2022 version will build upon a number of those changes, as well as bring high-flying action back to several historic stops, including New York and Michigan.

For the second straight year, AMSOIL Championship Snocross will start its season after January 1st, beginning with one of the sport’s biggest events. After a one-year hiatus, the series returns to Canterbury Park in Shakopee, Minn. for two days of racing on January 7-8.

The schedule gets busy after the opening rounds as the series heads to Dubuque, Iowa, January 14-15. The Dubuque County Fairgrounds offers up an exceptional race experience and has become a favorite of racers and fans over the past few years. After a week off, teams will turn to South Dakota and the historical mining town of Deadwood on January 28-29. The Days of ’76 Event Complex packs in a tight crowd that hovers over an even tighter racetrack that will be a test of survival for championship contenders.

February opens with a return trip to Fargo, N.D. (February 4-5), which became a national event for the first time in 2020. For the first time in 2021, the Red River Fairgrounds offered up a mid-winter challenge to more than 225 competitors. Two weeks later, AMSOIL Championship Snocross heads east as it resumes its annual stop in Salamanca, N.Y. on February 18-19. The series was forced to miss its yearly stop at the Seneca Allegany Resort & Casino in 2021.

March will be a hectic stretch run for the national championship with three weekends of racing on the schedule. The first stop will feature a return to Elk River, Minn. and ERX Motor Park. ERX hosted two national snocross events in 2021 and offered up one of the largest tracks in the sports history.

As was planned originally in 2021, The Grand Finale of the Snocross season will not be scheduled for Lake Geneva, Wis. The annual snowmobile festival will instead host the penultimate rounds of the snocross season on March 18-19 at the Grand Geneva Resort. AMSOIL Championship Snocross will hold its final two days of racing March 25-26 near Grand Rapids, Mich. The series heads to the Cannonsburg Ski Area, which will finally become the home of the Michigan National for the first-time after being paused the past two seasons.

“I am so excited about our schedule and the direction of our series,” said Carl Schubitzke, ISOC President. “Looking back, last year’s pause allowed us to make some changes to our schedule and our venues that will benefit the sport for years. It’s going to be a fun year of racing and we look forward to putting on a great show for our fans.”

The 2022 AMSOIL Championship Snocross, powered by RAM season will continue to air all 17 rounds on CBS Sports Network, and via livestream at www.snocross.com.

About ISOC: Championship Off-Road andAMSOIL Championship Snocross, Powered by Ram, are owned and operated by the International Series of Champions (ISOC) out of Albertville, Minn. For more information on its events and schedules, go to www.snocross.com.