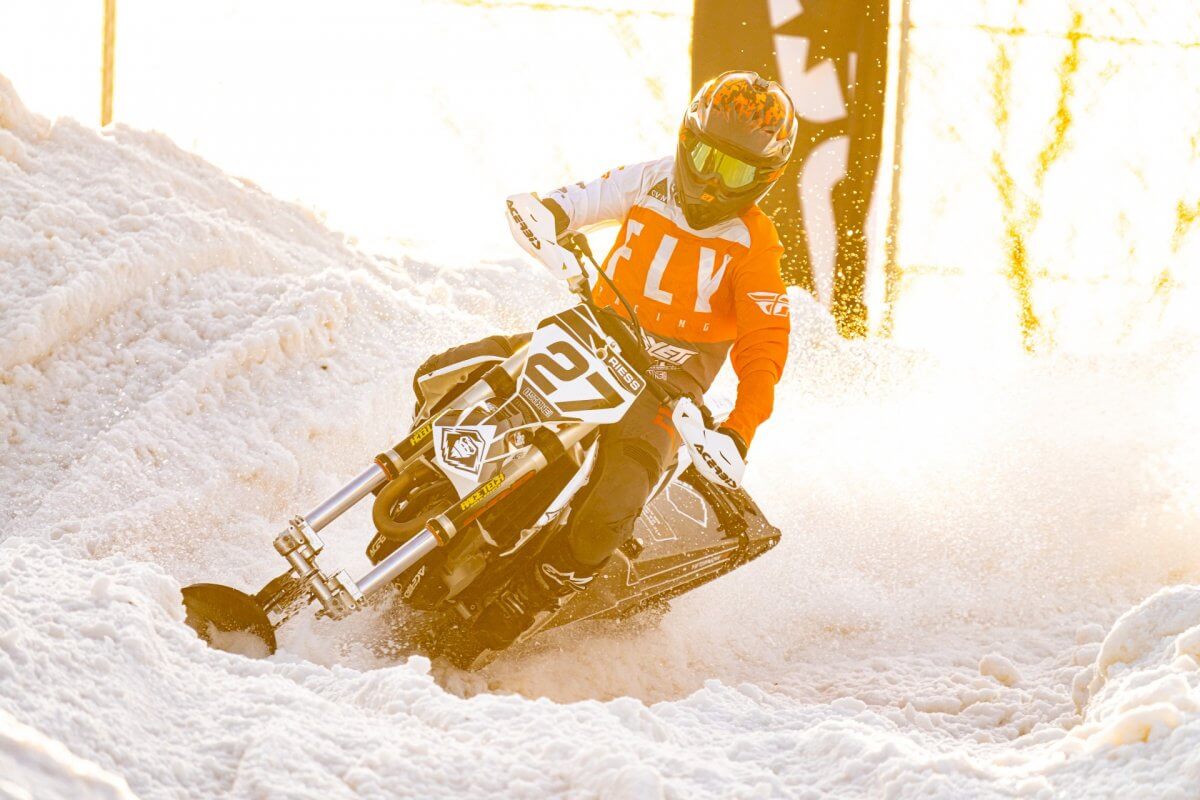 Operation Vet Now (OVN) and Snow Bike racer Jackie Riess is back in 2022 with a special program to honor fallen heroes and drive awareness to Veteran mental health.

For Immediate Release – 04 Jan 22 — OVN announced today that the final plans are in place to bring the OVN Veterans Village back to the Pirtek Snocross Nationals at Canterbury Park on January 7th & 8th. The OVN Veterans Village project brings together various national and local organizations equipped to provide support and care for veterans and their families. Their display this year will provide a collection of information for veterans and active military to receive, share, and learn more about the many programs and initiatives available for them that can be found in their local communities and nationwide.

“We are excited to be back in 2022 with the veteran’s village, the core mission of OVN is to reach our veterans with vital information of programs for them to take advantage of that they’ve earned. Our veterans provided a service to this country that we should honor and continue tirelessly to ensure that they are cared for and supported in every manner possible”, stated team leader at OVN, Tony Aubrey.

We are also proud to announce we will continue our partnership with a professional snow bike racer, and the daughter of a US Marine, Jackie Riess. Jackie has been an instrumental part over the last three years in helping OVN spread the message for everyone to #BeThereforOurVeterans. Jackie will carry the OVN patch on her #27 Yeti SnowSnow bike, additionally, Jackie will be honoring seven female servicemembers, one per race, who served in combat as far back as World War I. As part of the OVN Fallen Heroes Tribute Project, the first honoree Jackie will pay tribute to is Major Megan McClung, US Marine, who was killed in action while serving in support of Operation Iraqi Freedom (OIF). McClung was the first female Marine officer to be killed in OIF, as well as the first female graduate of the United States Naval Academy to be killed in action since the school was founded in 1845.

McClung, who was 34 at the time of her death, was serving as a media relations officer when a roadside bomb killed her instantly in Ramadi, Iraq, on Dec. 6, 2006. She and two other service members assigned to the Army’s Brigade Combat Team, Capt. Travis Patriquin and Spec. Vincent Pomante III were also killed. The convoy McClung had been riding in was escorting Newsweek journalists when an improvised explosive device struck their vehicle.

We are so thankful for the time and support that Jackie has provided this important program honoring these American heroes, as a female veteran she holds a special place in my heart for what she does to hold up and pay tribute to the special women who served this great country without question, said Cheryl Aubrey, President of OVN.

OVN also added the veteran’s village will be set up at the Seneca Allegheny Nationals, in Salamanca, NY the 18th and 19th of February in the fans zone. They will have information from national organizations and an excellent variety of local organizations from the southern New York area that provide outstanding support for veterans in the communities. You can follow along to find out more about these events at their website www.OPVETNOW.org, or on Facebook by simply searching Operation Vet NOW.

Founded in 2017, OVN is managed and operated by Veterans on a volunteer basis. OVN is a 501 (C) 3 nonprofit organization that facilitates connecting our nation’s Veterans, and their families, to care, and support those that suffer from combat and transitional stress. Additionally, they plan and manage large-scale events to honor US service members killed in action.

You can find out more information about OVN and the season-long Fallen Heroes Tribute project at www.opvetnow.org/fallen-heroes-project.

For more information on OVN, press only: