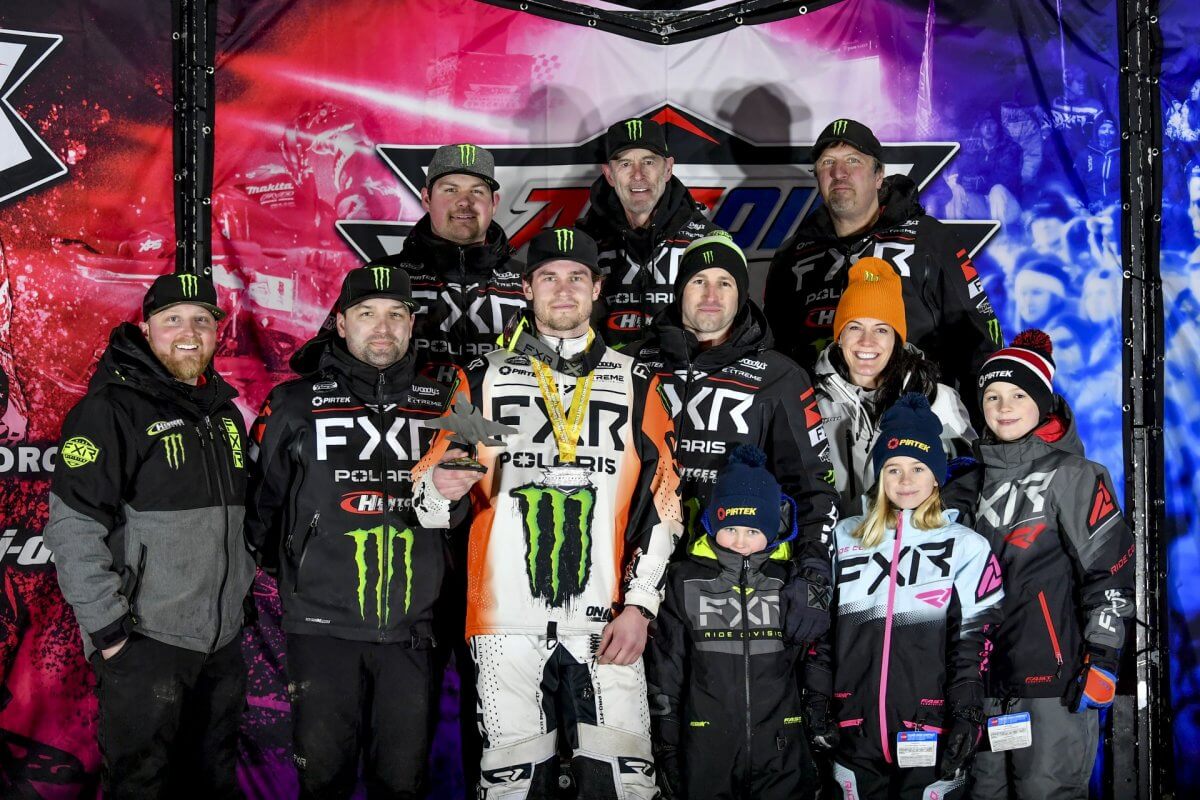 Shakopee, MN (3/7/22) – Hentges Racing entered the second half of the National Snocross season facing one of the toughest tracks to date in Deadwood, South Dakota. The small track known as the Bull Ring, rewarded some, and punished others, as the competition squared off in close quarters riddled with large jumps needing precision timing to execute proper navigating. Hentges Pro racers, Oskar Norum and Kody Kamm, dug in their heels and came out at the front of the pack during Friday’s Round 9.

In a rough drag race to the first corner, Norum squeezed his way into the top five and battled there until the midway point of the 28-lap final. It was then, he passed into second place and held on to the finish. This marked Norum’s second visit to the podium this season, besting his 3rd place finish in Dubuque, Iowa.

Norum said, “Our Polaris race sleds worked really well handling that incredibly rough track, but there was chaos happening throughout the entire race. At times, it felt like I was running with a bunch of bulls. And to be honest, I knew I was up front, but didn’t know what place I was in. I just gave it all I had and hoped to not make mistakes.”

Teammate Kody Kamm, has proven several times, he is one of few who knows how to advance his way through a crowded track. Kamm hosted a passing clinic in Deadwood starting 11th and working his way to a 4th place finish. The #53 is currently sitting fifth in the national points standing, but in a very tight points race for the top three.

Hentges Racing team owner, Nate Hentges said, “The track in Deadwood was a definite equalizer for many, including us. It was awesome to see Oskar up on the podium Friday and Kody trailing closely behind. One of our biggest victories is having both of them healthy and focused on stretching their legs on some larger tracks during the remainder of the season.”