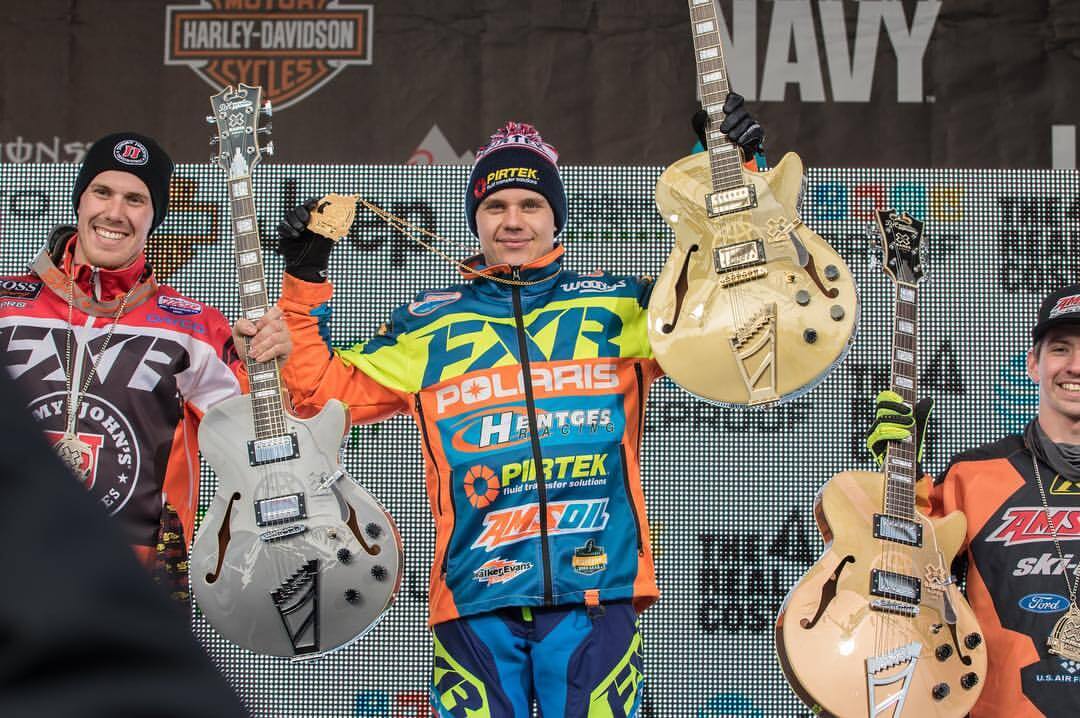 Located out of Ramsey, MN, owner Allen Skogquist delivers a new team to the National Snocross Racing
Series. His team will consist of Pro, Sport, Sport-Lite, Junior 9-13, Transition 10-13 and Pro 206 riders.
The Skogquist Race Team (SRT) will be led and mentored by Pro Rider & X-Games Champion, Petter
Narsa. Hailing from Sweden and traveling back to the U.S. to race, Narsa said, “I’m thrilled to be back
racing in the U.S. on the National Snocross circuit. This whole deal with Allen, the new team with a super
nice setup including the practice track will be so fun. Plus, I get to be back with my old mechanic and
friend, Levi.”

Other riders on the team include Drew & Brady Freeland riding Sport & Sport Lite. AJ & Wyatt Skogquist
will ride in Junior 9-13 & Transition 10-13 classes with Gunnar Skogquist rounding out the team riding in
the Pro 206 class.
The addition of new riders and teams to Snocross is a big deal for a small sport. President & ISOC race
director, Carl Schubitzke said, “We are very excited about the growth and the addition of new teams. We
need them and appreciate what they bring to the series. This sport is great and its because of all the
racers/teams that are involved. We are all in this together so we welcome and congratulate everyone that
comes and races with us.”

Skogquist is excited to have a suite of racers covering various ages and stages in their racing careers.
While he’s no stranger to the circuit, bringing riders from several levels to the track each weekend gives
him so much joy, “This has been a lifelong dream so having it all come together this season is very
rewarding. Bringing Petter & Levi on board just makes it all that much more exciting! There is so much
potential in this young group of riders. It will be fun to see them grow with the sport.”

The team will be managed by well-respected mechanic and former racer himself, Levi Ensrud. Ensrud’s
experience at the Pro-level will bring the discipline and acumen needed to be competitive at all levels.
Levi will be supported by Christopher Takacs, an experienced tuner in the series as well as the original
Skogquist mechanic, Dave Olson. Olson has and will continue to work as Skogquist’s twin boys’
mechanic. Levi said, “It’s always exciting when new teams come into our sport. When I met Allen, I could
tell we were cut from the same cloth. When we discussed bringing a high-caliber Pro into the mix, there
was apprehension at first. But helping Allen understand the benefits of adding such a natural talent and
hardworker like Narsa to the program would only lay a solid foundation for the future of the race team.
Especially to the young Skogquist and Freeland boys also on the team.”
Levi is eagerly awaiting the return of his friend and partner in winning an X-Games Gold medal, Petter
Narsa. “I’ve known Petter since 2011. Not only is he a life-long friend but he has some unfinished
business to take care of this season and I’m gonna make sure that happens. With my experience I
couldn’t be more grateful to be the team manager of SRT!”
During the season, the team will reside at the Skogquist Race Team Compound utilizing the practice
facilities and garage, giving them the opportunity to train and practice together.
When asking Snocross President, Carl Schubitzke, about the team’s arrival, he said, “I’m very excited for
the new Skogquist team. I have heard nothing but good things and I think they will accomplish many
goals with Ensrud at the helm. It will be a first class organization and we are ecstatic to have them
involved. They will be a premier team on our circuit and a force to be reckoned with for years to come. “
Skogquist Race Team is supported by Northland Concrete and Masonry Company, LLC; Skidoo, FXR,
Woody’s Traction, C&A Pro Skis, Rox Speed FX & Enzo.