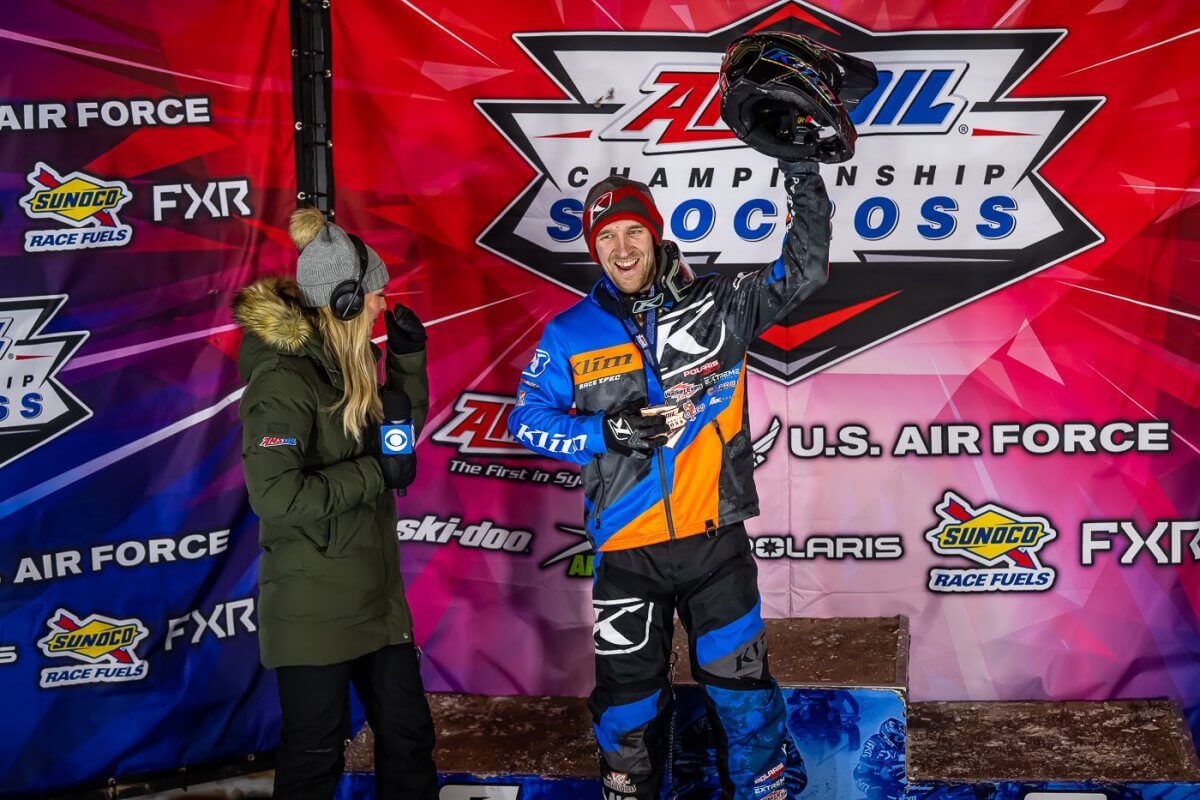 Finley, ND (January, 16 2023) – Evan Daudt raced to his second podium of the season on Saturday night, battling fierce competition and a demanding track that took every ounce of focus and energy to survive.

After going 1-3 in his qualifying rounds and starting from the fifth gate pick, Daudt raced into the second spot just a few laps into the final. Although he dropped one position while battling for the podium, Evan was able to hold off a charge from Andy Pake to secure third.

A seasoned veteran of the Lites division, Daudt is racing at his highest level, maybe ever, and now sits third in the class championship.

“Really excited about ending a slow starting weekend on the box!” Daudt said. “One of the more interesting tracks I’ve ridden. Not a lot of flow and you had to be prepared for some hard hits. I changed up my training prior to this season which has dramatically affected my endurance and confidence; I’m pumped to see it translating to better results on the track!”

Evan Christian’s night ended early on Saturday after a crash in his second qualifier dropped him out of contention for the main event.

The weekend in general was one of Christian’s tougher outings since joining the Pro Lite ranks. Although his starts were on point and he had two second place finishes in qualifying, very out of the ordinary and somewhat unexplainable dismounts each night took a toll on rider and machine.

In Friday’s round 3 main event Evan finished eighth, just ahead of teammate Daudt in ninth.

Up next is the always unpredictable bullring in the heart of Deadwood, South Dakota on January 27-28. This was the site of Evan Christian’s first Pro Lite win last year and, like the Black Hills gold rush of the late 1870’s, has a reputation for being a boom or bust weekend for racers and their crews.