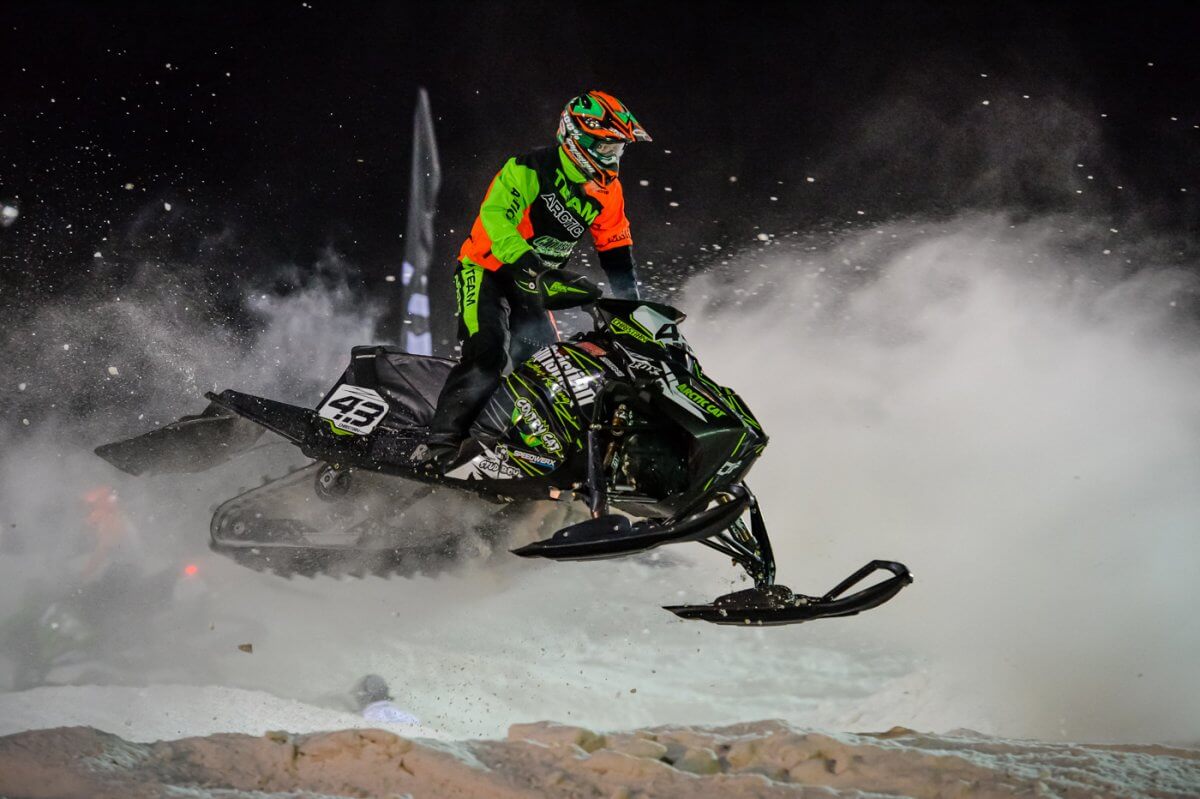 AMSOIL Championship Snocross teams have had a busy off-season. This is part one of several installments of who’s switching teams, who’s moving up in class, why they made the switch and the expectations that follow.

Aurora, Minn. ~ In his twenty-five-plus seasons as a snocross team owner, Steve Scheuring has never been as tight-lipped or as unpredictable as he was this off-season. In what can only be described as shocking, Scheuring made a major splash this past week with the signing of career Arctic Cat rider and accomplished veteran Logan Christian to his longstanding AMSOIL/Ski-Doo program.

The move brings in a successful, seasoned veteran to one of the sports top teams. The 29-year-old has ten seasons of Pro racing under his belt, including this past year that brought home a pair of podiums before a mid-season injury left him sidelined. But that didn’t give Scheuring any doubt when asked why he signed the 2011 Pro Rookie of the Year.

“Why not! I look for guys that are hardworking and are cut from the same cloth as me and had to work hard their whole life,” said Scheuring. “He’s an American driver, which I really try to focus on being sponsored by the U.S. Air Force, and I think he’s going to be a great teammate. Plus, he has the work ethic that I’m looking for.”

Moving means creating a noticeable void in the Pro pits, as Christian isn’t just jumping teams, he’s leaving one that was built upon family values and nearly 25 years of racing together. Christian Brothers Racing had become a stalwart at AMSOIL Championship Snocross events, supporting younger classes and fostering development riders as part of Team Arctic. It wasn’t an easy decision for the Fertile, Minn. native to move away from that stability and the memories formed over the past two decades.

“Yeah, it was tough,” said Christian. “My dad and Uncle Stuart put a lot of effort into CBR and we gave it a hard push. They are still going to do what they can to help the sport, but without a race team. We talked to close friends within the industry and spent a lot of time going back-and-forth with our options. We were ready to make a big switch and try something completely new.”

To make a move of this magnitude, with all of the professional and personal implications involved, it was important to find the right fit for Christian. After years of small talk and mutual respect, the timing fell into place for both parties.

“It just started with mutual conversations over the course of the last two years,” said Scheuring. “You know, just joking to him, I said, ‘well, if you ever want to come on my team let me know.’ I got a phone call from him over this summer and we both had the same goals and the same vision, and he knows what it takes to win. Excited about bringing him on board.”

“I’ve always got along with Steve,” said Christian. “He is always a chipper guy at the races. His team works hard, and they always have some of the fastest sleds on the track. Steve’s team has been around the race world for a long time, and they know what they are doing on, and off, the track.”

Scheuring Speed Sports is as high-profile a team as there is in the sport. Formed in 1997, Scheuring is considered by many as the Original Independent, being one of the first to bring non-endemic partnerships to snocross, including AMSOIL and the U.S. Air Force. The team has constantly produced winning drivers, including some of the sport’s all-time greats like DJ Eckstrom, Robbie Malinoski and Chris Vincent.

Scheuring Speed Sports is as high-profile a team as there is in the sport. Formed in 1997, Scheuring is considered by many as the Original Independent, being one of the first to bring non-endemic partnerships to snocross, including AMSOIL and the U.S. Air Force. The team has constantly produced winning drivers, including some of the sport’s all-time greats like DJ Eckstrom, Robbie Malinoski and Chris Vincent.

This off-season, Scheuring parted ways with Lincoln Lemieux, a top Pro over the past few seasons. Lemieux had partnered with Hunter Patenaude to be a talented one-two punch, including Patenaude winning the 2018 Pro Lite championship. That partnership also helped foster Patenaude’s success in his rookie campaign last season, as he finished the year with four podiums and fourth overall in the Pro class. But make no bones about it, Christian is coming to Scheuring Speed Sports with the mindset of winning races. While he will become a veteran presence for Patenaude, he is also ready to capitalize on his talents and experience to win a Pro title.

“I still feel really good physically and mentally with racing and want to continue for a while,” said Christian. “I’m excited for a big change like this. We put 110% into our team (CBR), now I’m excited to try it on another team with another brand.”

“I think he’s going to be a great teammate for Hunter,” said Scheuring. “I think they’re both great “kids”, for lack of a better word. The most important thing about being part of our team is having that positive attitude and I think they’re going to feed off of each other. They see the carrot dangling in front of them and they both want to go out and win. They’re both hungry and I truly believe they’re going to support each other.”

Scheuring mentioned that he is excited to learn from Christian, who has spent years testing with other Arctic Cat drivers, including riding alongside the #68 sled of Tucker Hibbert. With the new season starting in January, time is on their side to get all of the parts aligned, and for all of that knowledge to be put into practical uses.

“With the season starting after the first of the year again, and getting all that time to prepare, I’m excited,” said Christian. “I will have ample time to get used to the new sled and create a relationship with the team. With the new schedule, I’m confident we will be coming into the first race ready to compete for the top spot and continue that throughout the season!”

Scheuring agrees: “I just want him to give 100%, and I know he can win. I know when you work hard, good things happen.”