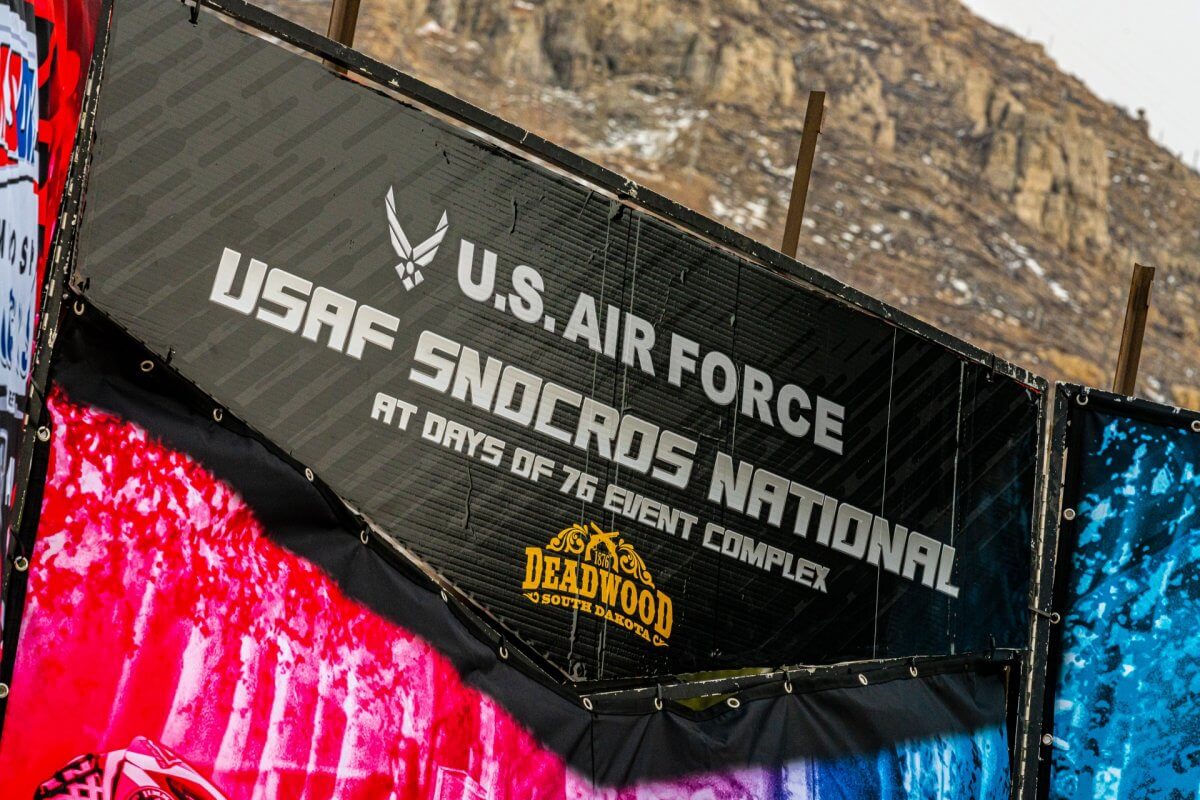 March date secured, ERX to move back one week

ALBERTVILLE, MINN. – AMSOIL Championship Snocross has announced that the upcoming national event Deadwood, S.D. is being postponed due to unseasonable weather conditions in the region.

The Deadwood event has become a major stop on the national snocross tour, with thousands of fans packing the Days of ’76 Rodeo Grounds each year to see some of the tightest racing the sport has to offer. But a lack of both naturally occurring and man-made snow has forced series officials to find alternative dates to accommodate the popular event.

The U.S. Air Force Snocross National was scheduled for January 28-29 but will now move to March 4-5. Those dates were originally set for the ERX Snocross National in Elk River, Minn. The two-day ERX event will move one week later on March 11-12.

“We have done everything in our power to make the original dates work,” says ISOC president Carl Schubitzke. “But Mother Nature isn’t cooperating with temperatures above freezing almost every day, including near 50 degrees forecasted for this Sunday. We are thankful for the groups at Deadwood and ERX for working with us to find a solution so we can still have a full season of racing.”

AMSOIL Championship Snocross will return to action on February 4-5 with the All Finish Concrete Snocross National at the Red River Valley Speedway in Fargo, N.D. The 2022 season will air live on Flosports, as well as the CBS Sports Network.

About ISOC: Championship Off-Road and AMSOIL Championship Snocross, are owned and operated by the International Series of Champions (ISOC) out of Albertville, Minn. For more information on its events and schedules, go to www.snocross.com.