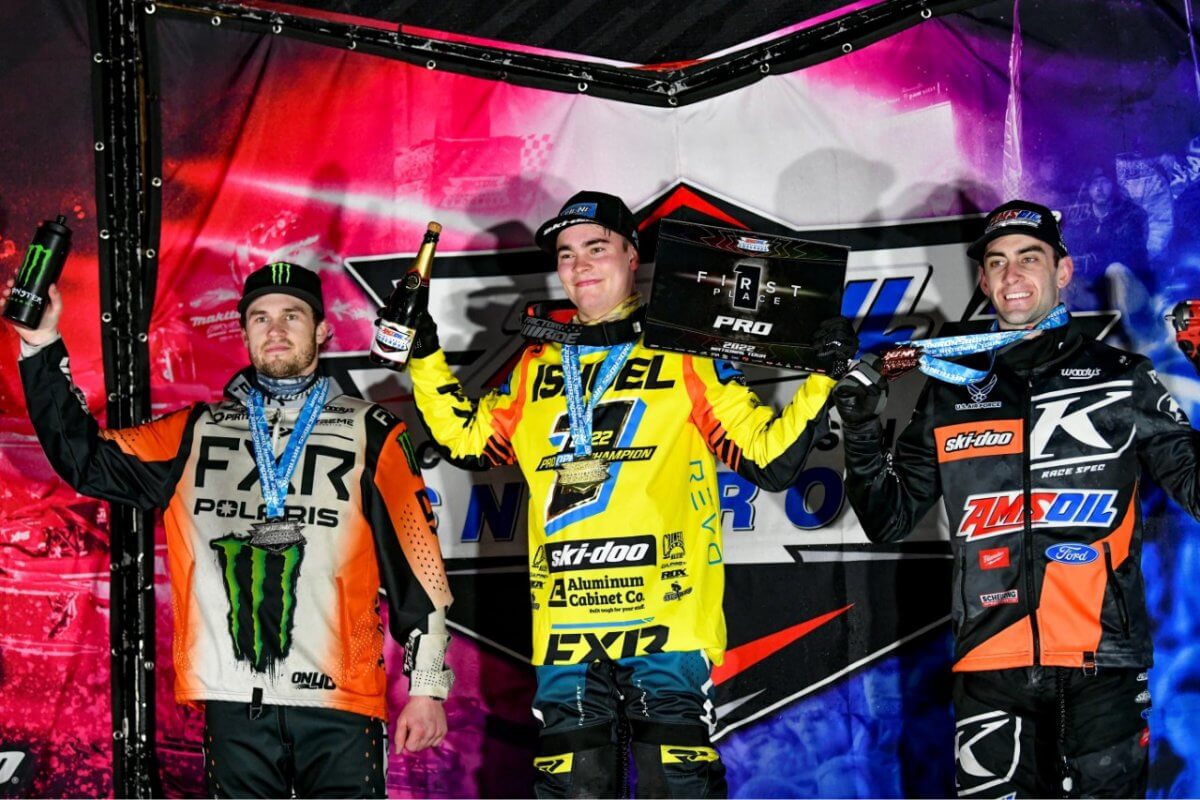 Shakopee, MN (3/27/22) – Hentges Racing’s Kody Kamm and Oskar Norum ran at the front of national pro points standings all season long. When it came to the last two rounds in Michigan, both riders put their heads down and proved why they are front runners on one of the strongest Polaris teams.

Friday night, Oskar Norum highlighted the Pro show qualifying 2-1 in his heats and immediately jumped to the lead during the Pro final. Norum held the first position for the first four laps until slotting back to second where he conquered tricky lines to fend off those behind him and a well-deserved 2nd place.

On the podium for the third time this season, Norum was all smiles and later said, “I was frustrated after walking away from Geneva and coming so close to a pair of podium finishes. When I got out front Friday I was determined to stand up here, and it feels so good to accomplish that. The Hentges Racing team and our sponsors are some of the finest, and I’m happy to have the opportunity to represent them.”

Kody Kamm set the stage for the performance of the year when the past champ challenged the new champ, Ishoel, in a bar banging battle that will live on in highlight reels for years to come. Off the start and out of the first corner, Kamm jettisoned to the second position challenging for the lead and holding the spot for several laps. Ishoel worked his way up and engaged in an epic battle with Kamm going bar-to-bar and block pass-to-block pass for four laps until the last two, when Ishoel got past.

Like Norum the day before, Kody was all smiles on the podium, “That was a fun race and I’m happy to be up here. Our Hentges Racing Polaris performed fantastic on this incredibly rough technical track. I pushed myself to the point of being scared on some of these triple jumps, backed it down towards the end and just rode my own race.”

What turned out to be an incredible season to watch for fans, Kamm finished the National standings just one point shy of sliding up to fourth. Teammate, Norum, finished closely behind in sixth.

Hentges Racing team owner, Nate Hentges said, “After Geneva, our team turned our mindset to give it all we had for the last two rounds and I couldn’t be happier with the grandstanding performances Oskar and Kody brought. It’s a fantastic way to end the season. Both our Pro racers mention our sponsors on the podium, but I just want to send out a special thanks to all of them and our dedicated, hardworking crew. It’s a mix that equates to a  continued successful team.”