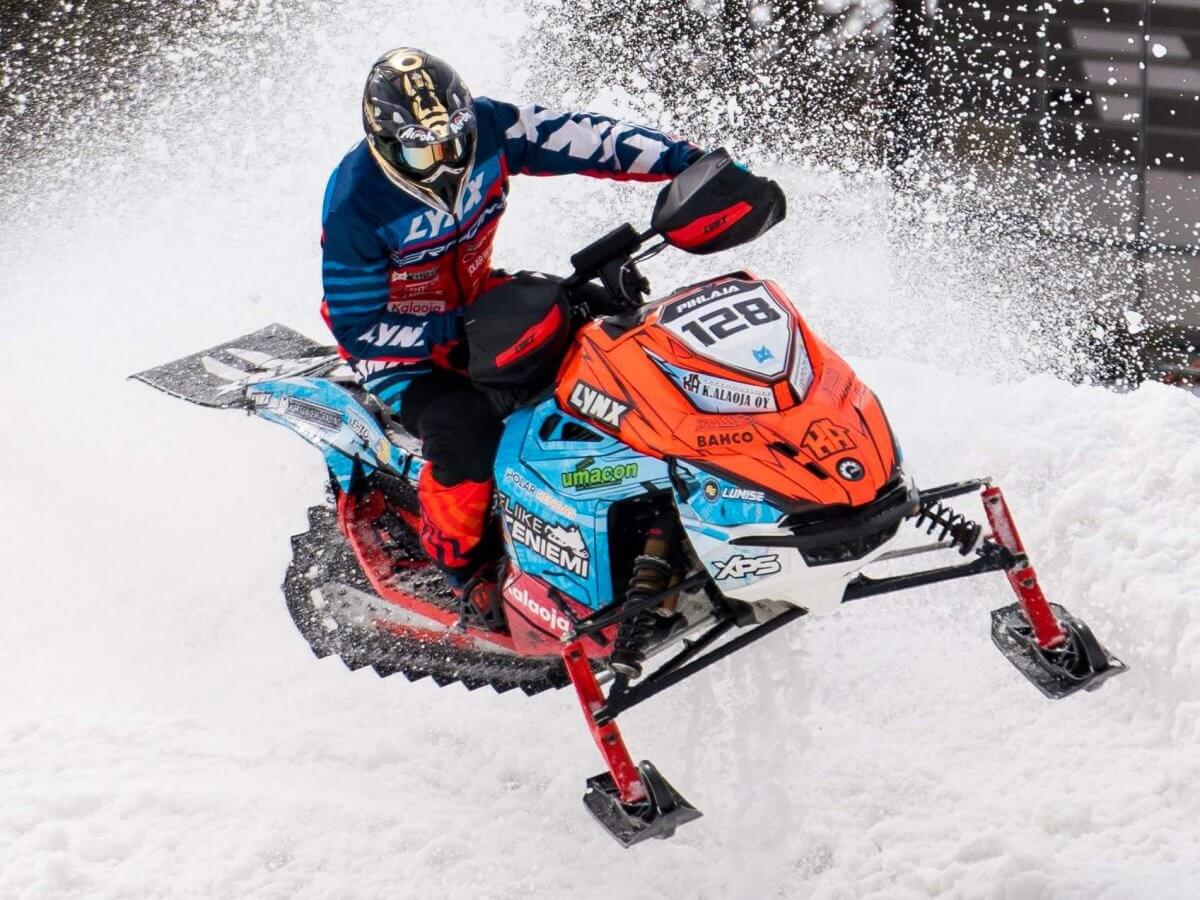 Stamford, Vt. (July 21, 2022) – Professional snowmobile race team Green Mountain Racing/Ski-Doo from Stamford, Vermont is going global with the announcement of all Scandinavian effort for the 2022-23 national AMSOIL Championship Snocross Series (ACSS). Owned and managed by the father son tandem of Nate and Bradley Tatro, who represent one of the only East Coast based professional teams in the sport, their decision to build an all-Scandinavian effort leverages the speed and success of past and current snocross racers who call this part of northern Europe home.

The team will be led by Aki Pihlaja, last year’s Finnish Champion and 2022 European Super League Pro Champion. Joining him will be fellow Finlander Topi Posti, who at just 20 years old, will bring his 2021 Stadioncross Pro Open Finish championship and 2022 Norwegian Pro Open title to the Pro Lite ranks in North America. Complementing this pair is 19-year-old Emil Mikalsen from Talvik, Norway, who just missed both a Norwegian and Finnish championship in back-to-back years; and 18-year-old Jan Even Romsdal from Alta, Norway who last year won the North American Junior 16-17 championship and took home top honors in Super League competition in Finland. Both Jan and Emil will be competing in the Sport class for the upcoming season.

“This sport is incredibly competitive,” said Green Mountain Racing team owner Nate Tatro. “Both my son Brad and I are former racers, so we have that competitive edge in our blood. When you get to the top level you have two kinds of racers…those who are in it for the love of competition and those who are in it to win. We’ve learned over the last few years while working with and helping a few different European racers, these guys are here to win.”

The winning pedigree of Scandinavian snocross racers is also well documented. The Finnish sensation Toni Haikonen literally redefined the sport of snocross in North America in the mid 1990s and along way won countless races and became one of the most loved racers of the era. Most recently, the Championship Snocross Series has seen Norwegian, Elias Ishoel win four consecutive year-end titles.

At 35-years-old, Aki brings both experience and a leadership role to the team that should help the younger racers adapt to the more technical nature and pressure of North American snocross.

“Over there (Scandinavia) to the younger riders, he’s the godfather of snocross,” said Nate. “I can’t think of a better scenario or better chemistry to have on our team.”

With the North American Championship Snocross Series expected to announce the 2022-23 schedule soon, the Green Mountain Racing team is eager to get their racers stateside. The team has plans to base out of central Minnesota in-season, which will have them centrally located for many of the national venues and close to many of the top training facilities in the sport.

Green Mountain Racing is happy to share more information. Direct all media inquiries to Nate Tatro at (413) 662-9312 or [email protected]