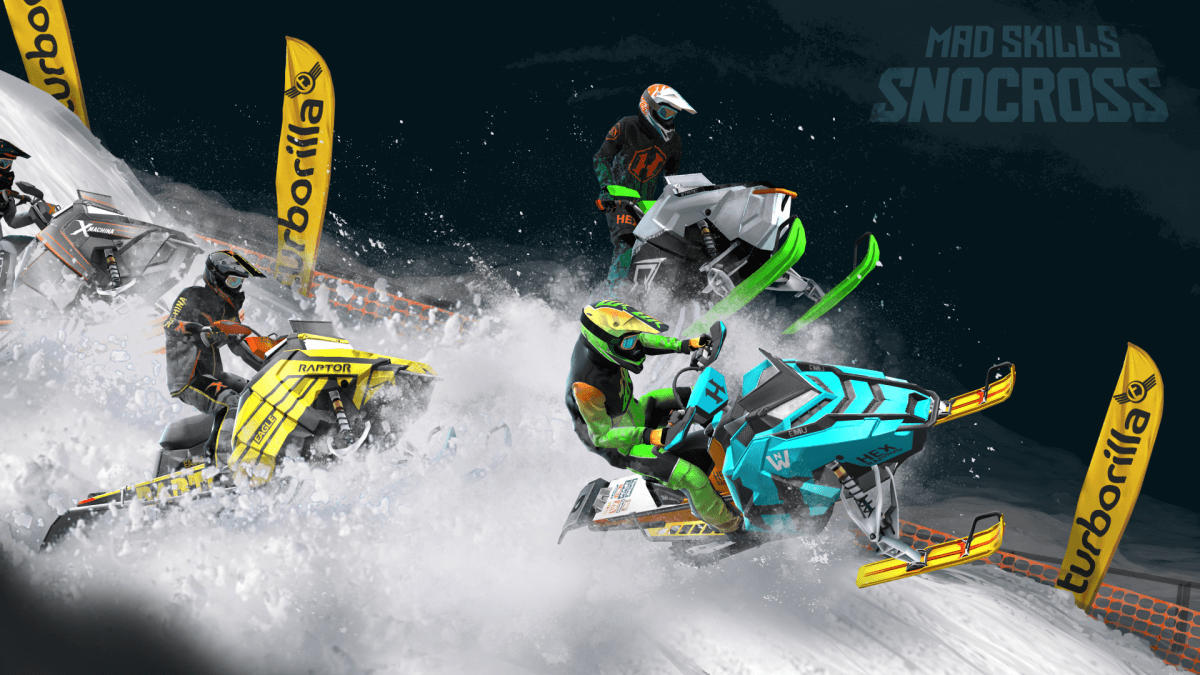 FOR IMMEDIATE RELEASE [PITTSBURGH, PA, NOVEMBER 9, 2022] — Mobile game developer Turborilla AB has announced the global release of Mad Skills Snocross, available now as a free download on the App Store and Google Play. This surprise game release is the follow-up to the smash hit Mad Skills Motocross 3, which has been installed more than 30 million times globally since its May ‘21 release. Mad Skills Snocross is being released in partnership with Amsoil Championship Snocross, which is the largest snowmobile racing series in the world.

“We’re really excited about this game, and we’re especially excited to be working with Amsoil Championship Snocross,” said Turborilla CMO Bryan Stealey. “We’re really looking forward to the start of the series in December, as we’re going to add replica tracks and in-game events designed around the real-life races. The crew there is so invested in the sport, they’ve been great to work with, and we think we’re going to have a blast working together this season.”

Like all Mad Skills games before it, Mad Skills Snocross is a side-scrolling physics-based racing game that is easy to play but impossible to master. It features more than a hundred challenging tracks, and more will be added in the coming weeks and months – including the Amsoil Championship Snocross replica tracks. There are also daily challenges, as well as online events where players can race against their friends and neighbors. Players can also customize their in-game riders and sleds, and there will be options to select real-world brands soon.

The Mad Skills Motocross franchise had risen to prominence partially because of its strong reputation in real-life motocross and action sports. Mad Skills Snocross is following a similar formula: in many ways it’s an arcade-style side-scrolling racing game, but it also features elements of physics realism and other details that will strongly appeal to snocross racers and enthusiasts.

“We think partnering with a respected brand like Mad Skills will be really great for Amsoil Championship Snocross,” said series president Carl Schubitzke. “We were very excited when we learned they were making a snocross game. We’re both committed to making the sport bigger and better, and by working together, we think we can do some really cool stuff that snocross racers and fans are going to love.”

The game’s November 9, 2022, release was announced with a brilliant hand-drawn trailer that was produced by Denmark-based IMOV Studios. It’s been viewed more than 60,000 times in its first week of release across a variety of platforms.

Turborilla (www.turborilla.com) is an independent game developer founded in 2006 by Tobias Andersson. Their mission is to work hard to bring joy into the gaming world and turn passion into industry-leading action-sports games. They specialize in combining elements of physics realism with classic arcade-style gameplay to create addicting and fun player experiences that appeal to both action sports enthusiasts and casual gamers. They have offices in Sweden (Umeå, Skellefteå and Stockholm), as well as a publishing office in the United States (Pittsburgh).

About ISOC: Championship Off-Road and AMSOIL Championship Snocross, are owned and operated by the International Series of Champions (ISOC) out of Albertville, Minn. For more information on its events and schedules, go to www.snocross.com.